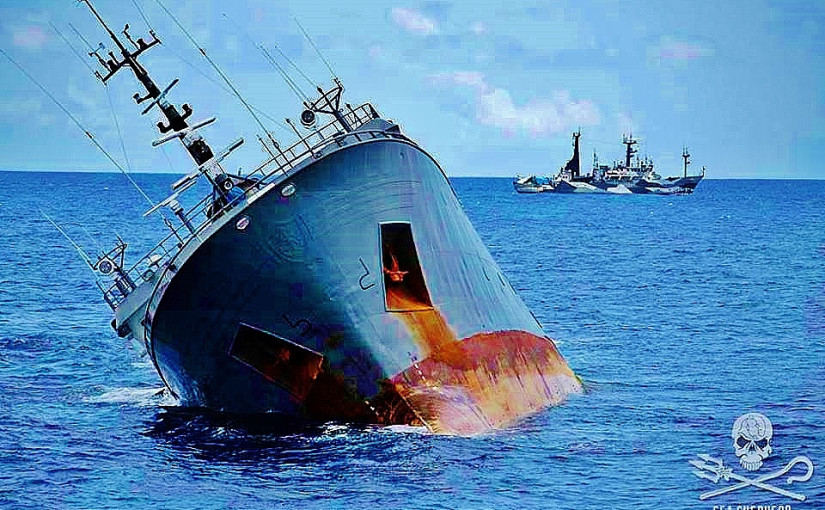 HOXTON Pirates’ campaign this season was the most godawful in Kenna League history, it was revealed today.

Picking up eight consecutive Turkey of the Month awards between October and May and a lowest ever points total, the outgoing Pirates manager saw the side relegated as he finished bottom of the Kenna table last month.

It is the second time the Somali has steered a club into the abyss of a non-existent Kenna second tier.

The performance was even more limp than PSV Mornington the season before, the previous record for gammon. The managers of Pirates, fellow relegatees Fat Ladies and the ill-fated PSV are the only ones to finish two campaigns in the drop zone.

“Yarrrr! I fight ye again another day!” said the defiant Somali who just refuses to go down with his ship.

The Kenna all time stats published today for the first time in two years (below), also show Young Boys of Vauxhall to have had to the driest season on record in 2013-14.

The YB boss used the services of five strikers during that campaign – Jonathan Walters, Nicholas Anelka, Sone Aluko, Emmanuel Adebayor and Lacina Traore. Between them they prodded in a paltry 16 goals.

Determined not to learn a lesson, the Welshman went on to sign Emmanuel Riviere and Bojan Krcic at last summer’s auction.

The last two transfer windows saw Young Boys go through a barren Mario Balotelli spell before rectifying matters with the signings of Charlie Austin and Daniel Sturridge. They ended up joint-second most prolific side this term.

Nevertheless, it’s clear the manager places little to no emphasis on proven strikers at the summer auction.

Looking to defend his league title in August 2011, he left the pub with a front two of DJ Campbell and Gervinho. FC Testiculadew went on to take the league with double the goals of Young Boys. 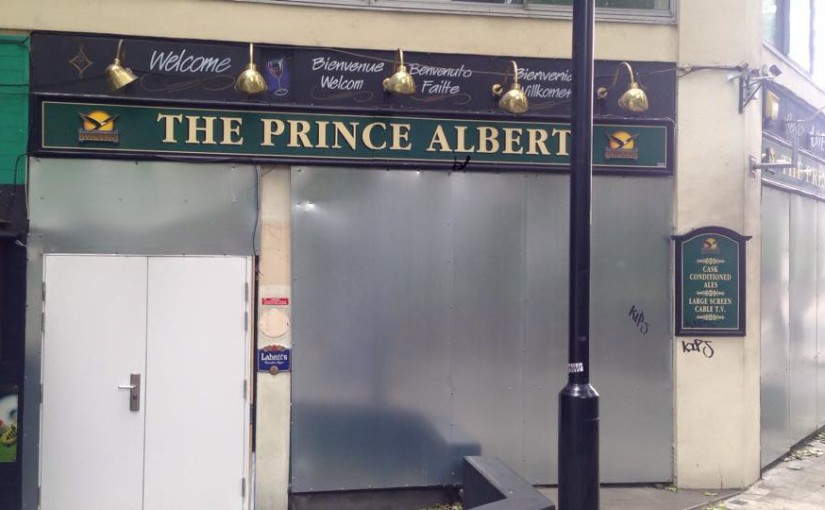 THEY came with promises.

Now those promises lie as empty as The Prince Albert, a derelict pub on Colombo Street in south London.

For this particular site was a chosen venue of Kenna League between 2007 and 2009.

Four transfer windows, an awards night, a domestic auction and the 2008 John Jensen Euros auction were all held at the Prince Albert, but predictions of increased bar takings and a contagious atmosphere bringing future trade never materialised.

Instead, the pub went into years of decline and has now closed down. An innocent hope. A tragic ending.

A former Prince Albert regular said: “I remember the landlord said he had the Kenna League coming. We were all impressed.

“The organisers told the landlord they’d drink enough to send his kids to university so he offered them a free buffet. He was really disappointed when only a handful of Herberts turned up, gobbled the grub laid on in seconds and sniggered their way through four hours of weak jokes about Titus Bramble. It was disgusting.

“There was this tall, blonde bloke who started coming with them. He was so loud you could have heard his voice the other side of the North Sea, which was the funny thing because a couple of years later I saw him on TV stand trial for killing all these kids in Norway. I knew he was a wrong ‘un.”

The Prince Albert is not the first pub to be so cruelly raped and discarded by the Kenna League.

The 200-year-old Black Horse in Fitzrovia played host to an auction and two transfer windows between 2007-2008 but soon after the Kenna moved on it closed down and later became a squat.

Since 2010 the Kenna League has enlarged and adopted a policy of moving from one venue to the next. Experts have warned UEFA against copying the format for the Euros tournament, but it would seem to no avail.

Quizzed over legacy issues this morning, an unrepentant Kenna chairman said: “The Prince Albert was an Enterprise Inn, for crying out loud! You know the sort of place, cheap beer that tastes like chemicals and a clientele who haven’t washed for a week.

“There was no place in the Kenna’s strategic direction for such a venue. Football’s a world game and we’re all about bringing fantasy football auctions to those places where it’s needed most, like pubs with craft beer on tap and Arab satellite dishes showing the 3pm games.” 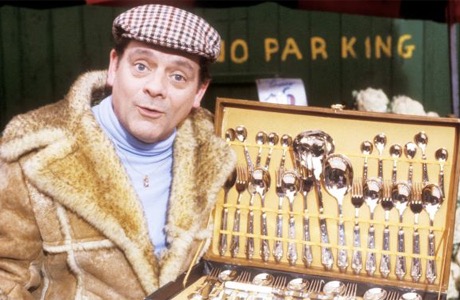 KENNA champions Sporting Lesbian won the league before the season even started and were most effective on the transfer market, it was revealed today.

Comparing the starting lineups of each club from way back in August, Sporting and Cowley Casuals emerged as one and two – as they did last month in the league proper.

In the transfer market, the Sporting manager was also most efficient, on average getting another 54 points out of each signing when he released Paulinho and Pablo Hernandez in favour of Nathan Dyer and Ahmed Elmohamady.

The FC Testiculadew manager was next biggest transfer shark, coaxing an average of 42 points from each of the eight players acquired in October and February.

This remarkable feat transformed the fortunes of a manager who didn’t even turn up to the pre-season auction and started with an automatically-picked team including Torres and Podolski.

Snaffling Christian Benteke after a sloppy autumn invocation of the Titus Bramble ruling by Fat Ladies would prove to be a decisive boost for the Tactical Brambler.

The chairman’s side KS West Green was the most hampered by the manager’s transfer activity, primarily due to the costly forfeit of Sergio Aguero in the February window.

While replacement Bramble player Fred ‘The Weatherman’ Talbot put the chairman’s integrity beyond probity, he failed to address more pressing problems both in front of goal. KS West Green lost nearly 20 points for every piece of transfer business the manager conducted.

Kenna HQ critics claim the research is slightly spurious, since it doesn’t take into account any points scored early season by players no longer listed, such as Alvaro Negredo of Judean Peoples’ Front, Andre Scheurrle of Team Panda Rules OK, Joel Campbell of Hoxton Pirates and Davide Santon of Pikey Scum to name but a clutch.

“This research is in no way slapdash,” said the chairman on the pavement outside the Holborn Whippet to a media briefing attended by a Kenna PR flunky, an elderly couple on holiday from Winnipeg looking for directions to the British Museum, and Metro Man.

“This is merely an indication of how good or bad managers have performed in the transfer market. There may be a few discrepancies with numbers, so I’m sure when someone takes the time to work it all out they’ll find KS West Green were by no means the worst windowed team this season.”

Meanwhile, gossip is rife over the futures of the three relegated managers.

The former Hoxton Pirates boss is said to be interested in a move to either the Wenlock Bucaneers or Shoreditch Sea Shanty.

The ex Fat Ladies manager is considering a role either with the Morbidly Obese Matrons or Corpulent Crones.

The outgoing Still Don’t Know Yet gaffer is reported to be unsure of his future. 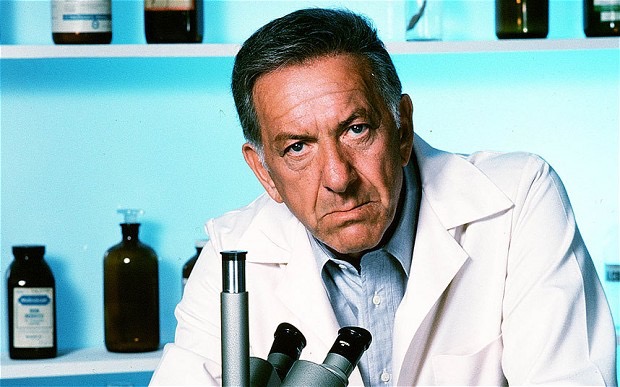 SPORTING Lesbian were crowned Kenna champions for the second time in their history on Saturday.

Despite a late charge from Cowley Casuals, Sporting jogged over the line after a fantastic goal from Alexis Sanchez.

The Sporting manager collected a tidy £175 prize pot, having also picked up manager of the month awards for October and December.

The other big winners were Cowley Casuals, lifting the Canesten Combi Cup and finishing second the manager banked £125.

Wondering whether the Reds manager had a hitherto undiscovered talent for signing undisciplined players all this time, chalkstripes in the Kenna HQ speculations department were almost tempted to go through the archives, but it was late in the afternoon and happy hour was about to start at Tiger Tiger.

For the first time ever, Alan Hansen has broken down his coloured performance chart into week-by-week league positions (see below).

Which prompts the question: with the body of the season lying on the coroner’s slab what will club boards be most keen to ask Kenna managers in the season review?

Here are the five most likely enquiries:

Still Don’t Know Yet: “After a rocky start the team started to play well and were then dire all season. Why didn’t you attend any transfer windows?”

Bala Rinas: “You’ve finished third again and you’re the only manager in the league to keep his side in the top four for the whole season. You’re quite lanky and you’re good with numbers. Are you Arsene Wenger in disguise?”

Young Boys: “Looking at your side’s performances in winter, would you describe yourself as a fair-weather manager?”

St Reatham FC: “The side were pushing for a top four finish for the whole season but dropping four places in May is clear evidence you now lack resolve to finish something off. Why can’t you bring your Chobham Common form to the dressing room?”

Hoxton Pirates: “Can you take your cutlass on the way out? And the Koran?…No, no, leave the khat and the RPG launcher.”