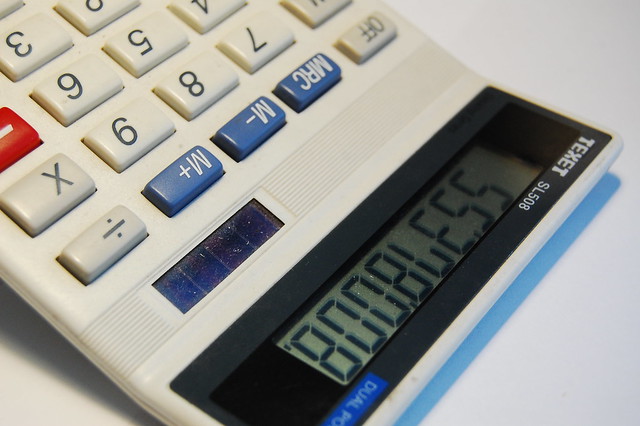 Flat response: Kenna HQ number crunchers worked through the night on a solution.

SHOCK waves reverberated across the Kenna today as the transfer kitty of Switzerland-based St Reatham FC swelled by a mouthwatering 30 percent.

Details of the club’s new-found wealth emerged yesterday lunchtime after the Swiss National Bank abandoned a cap on the country’s currency value against the euro. Before the move it cost the Swiss 1.2 francs to buy one euro, just minutes later that cost fell to 80 cents.

A financial analyst close to the Kenna said: “The club will effectively be getting Black Friday prices on any deal it tries to make, while everyone else will still be paying top whack.”

Speaking from his Alpine retreat, the manager of St Reatham FC, who is still wanted by police following an incident on Chobham Common in April 2013, declared: “It’s a rich man’s game and I’m rich. Filthy rich. Filthy.”

In a hastily-convened press conference the Kenna chairman denied being caught out by the ebb and flow of the global money markets: “We’ve had our top boys on this one for a few days now crunching the numbers and I’m confident that transfer budgets will not be affected by this Swiss decoupling. Who uses bloody euros anyway? The Kenna is a fine British institution.”

PLAYERS and fans of St Reatham FC have been left stunned following news that the team boss has jetted away for a luxury break, just days before the Kenna League football season gets under way.

In what is being described as a ‘typical, career-defining PR gaffe’, the St Reatham manager has spent the past few days on the Amalfi coast, posting pictures on Facebook and enjoying the once-popular ‘poke’ function rather than concentrating on important on-field issues.

It’s understood that tactics for the coming campaign have yet to be discussed and training sessions have been cancelled.

Away from the pitch a team vigil at Chobham Common to mark the tragic, and yet unsolved, murder of Sky Sports New presenter Natalie Sawyer at the site has been rescheduled.

This latest blunder follows bizarre claims that he preferred to join Saturday’s Kenna auction via video link from Switzerland because “it’s more befitting for a man of my status.”

In a statement released by the PR machine he co-owns, he said simply: “I’ve got Mata.”

ANGRY fans have turned on the Hairy Fadjeetas boss before a ball has even been kicked in this season’s Kenna campaign.

Within hours of an auction ‘shambles’ that saw the Fadjeetas commit just £68 million of a £100 million transfer kitty, serious questions are being asked at Bikini Lane.

Particular venom has been reserved for the outfit’s new strike partnership of Glenn Murray and David Nugent.

Murray is unproven at the highest level in English football, while Nugent proved awful during his last stint in Kenna in 2007.

Cunny Lingus, general secretary of the Fans of Fadge supporter’s group, said: “There’s a real sense of frustration with the club after a rather insipid auction performance – particularly as we don’t have a strike force. Talk about cows’ arses and banjos, it’s a shambles.”

@jeffkennaleague Goals and creativity in midfield: The Ox, Rodwell, Barkley, Hazard. Murray and Nugent better than Soldado and Hernandez.

But hitting back on social media the Fadjeetas chief was quick to defend his tactics. “Goals and creativity in midfield,” he tweeted. “Hazard, The Ox, Rodwell and Barkley.” And in a not-so-veiled reference to last season’s lack of cutting edge: “Murray and Nugent better than Soldado and Hernandez.”

The City’s money men have also leapt to defend the tightening of purse strings with a source declaring: “He’s got Hazard for £23 million, that’s the cheapest he’s ever signed for and a real bargain. And there’s surely more goals up front than last year at a fraction of the cost.” 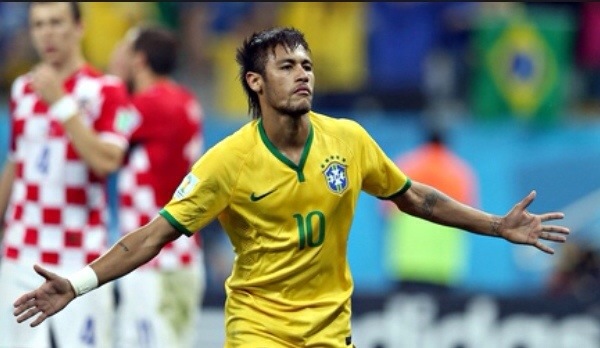 THE controversial transfer of one of the world’s biggest footballing superstars for a mere £7.5m has shone a light on the murky workings of the Kenna, according to inside sources.

Neymar – the Brazilian poster child of World Cup 2014 – was originally sold to the Where’s Neymar? manager for a staggering £75m at last night’s Emerson World Cup auction, but was later returned to the auctioneer’s list after the same manager fell foul of the Titus Bramble ruling.

But eyebrows were raised when it became clear that only two managers were still eligible to bid for the playmaker, who bagged a brace in the World Cup curtain raiser against Croatia. One of those managers was the Kenna chairman.

“It just seems a bit strange that almost at the end of the auction, Neymar is returned to the pot and the chairman is straight in there bidding away with a war chest close to fifty big ones,” said a source close to the Kenna camp.

And in a further development, investigations have shown that the Where’s Neymar manager – whose error led to Neymar being returned to the eligible player list to the chairman’s benefit – has not paid his subscription.

In further controversy, the chairman is also rumoured to have tried to cover up a Titus Bramble forfeit when he illegally bought a second German, Marco Reus.

Accusations of ‘this isn’t FIFA’ led to the chairman admitting his error and losing Mario Gotze on a Bramble.

TWO of the Kenna’s current powerhouses reacted with dismay after the season’s second transfer window descended in to farce on Friday evening.

Hairy Fadjeetas and Headless Chickens – two of the league’s so-called Big Four – were frozen out of proceedings as managers scrambled to fine tune or radically overhaul their teams in readiness for the business end of the season.

Accusations from the two mangers centre on the fact that league chiefs were unable to organise a piss up in a brewery/use Skype to allow team bosses on overseas scouting missions to bid for players. Skype has been the preferred method of bidding in abstentia for a number of years.

Speaking from an Alpine retreat, the Headless Chickens manager said: “Those at the top need to ask themselves some serious questions. Why we couldn’t engage in proceedings using a freemium voice-over-IP service and instant messaging client, I don’t know.

“I was asked to take part in what could be a season-defining auction using Whatsapp, that’s the digital equivalent of a carrier pigeon. They’re just self-interested Luddites.”

And the Hairy Fadjeetas boss, who recently fired a foul-mouthed salvo across the bows of Kenna HQ, added: “It’s not often that I feel like writing a strongly worded letter, but I am rather annoyed. C*nts.”

Kenna transfers nights are no strangers to controversy. During the Emmanuel Olisadebe 2012 Euros auction, the Horn of Africa threatened to resign his commission after a series of blunders while the very same evening saw the introduction of the pernicious practice known as tactical Brambling – the unloved brainchild of the current FC Testiculadew boss.

The Kenna chairman said: “Promises were made about wifi that weren’t kept.”

ST REATHAM FC’s weekend preparations were thrown into turmoil as club star striker Wayne Rooney was sent into space by the Persian Mafia.

Rooney, who has bagged 81 points for the mid-table outfit, missed key training sessions due to the unscheduled rocket ride but was said to have returned ‘in perfect health’.

It’s rumoured that Rooney and St Reatham were approached by the Persians after their first choice cosmonaut overdosed on bananas. It’s thought he was allowed to take his own life after he embarrassed state officials by sending an unconvincing stand-in to a scheduled photo call with the world’s media.

The St Reatham boss was unavailable for comment this afternoon with the club’s press office informing journalists that ‘he has not fled to Switzerland to avoid difficult questions about an incident on Chobham Common – that’s just speculation’.

THE CHAIRMAN has revealed that the Kenna is one of several leagues keen to sign up Adnan Januzaj.

The Belgium-born, 18-year-old marked his full debut on Saturday with a match-winning brace and is already being touted as a possible candidate for the PFA Young Player of the Year.

But Januzaj, who is of Kosovan descent, is eligible to play for a number of different leagues already: Belgium, Albania and Turkey among them.

Speaking outside Kenna HQ, the chairman said: “Obviously the Kenna is made up of 23 of the finest managerial footballing brains in Europe, so clearly this boy Janachuck or whoever has been on our radar for some time.

“I can confirm that the only reason he hasn’t been signed by one of our managers is because of confusion over his eligibility and nothing at all to do with them not knowing anything about him. That suggestion really is laughable. I’m sure I speak on behalf of everyone in the Kenna when I say ‘Adam Janachuck, remember the name’.”

Asked if the Kenna had ever been in touch over Januzaj, the youngster’s parents replied: “A few seasons ago, the Young Boys manager offered to show him some puppies in a disused farm building, but we’ve heard nothing more from the Kenna until now.”

It’s understood that Kenna blazers are now hastily drawing up dossiers to discredit the “dubious claims of Belgium, Albania and Turkey.”

PROTESTS have flooded into the homely surrounds of Kenna HQ following calls for a cull of managers.

The deluge comes after it had been suggested in some quarters that team bosses are more interested in lifting shirts than silverware. Saturday saw the poorest turnout at a Kenna transfer window in years.

Leading the outcry is a battered and bruised Still Don’t Know Yet manager.

Speaking through an electrolarynx he said: “It was a Friday night drinking injury that caused my Kenna non-attendance, not a lack of commitment. I’ve got a big fat lip and a face that has swollen out of all proportions.”

Saying that he “probably fell” and that the night was a “bit blank”, the SDKY chief, who has had well-publicised disagreements with Kenna hierarchy in the past, added: “The timing is a bit too convenient if you ask me. It looks like some kind of Kenna dirty tricks campaign to keep me from the title.”

Kenna HQ indicated managers failing to attend the February transfer window could be subject to increased entry fees next season.

THE KENNA’S sexuality has been called into question as just eight managers turned out for the first transfer window of the season – a record low since the league expanded to double figures.

And in scenes reminiscent of the graveyard shift at BBC World only a handful of players changed hands in the first two hours of the event on the upper floor of a south London boozer.

Fans’ groups are now demanding root and branch reform at Kenna HQ starting with a cull of ‘otherwise engaged’ bosses.

The league quickly cranked its PR machine in to gear in an attempt to deflect the criticism, with the St Reatham FC boss fronting the backlash.

Skyping in from Woking he said: “We’re all 110 per cent fully committed to the Kenna, but Saturdays are difficult with so many distractions.

“I’m sorry but I’ve got to go now, my mum says dinner is ready and Strictly is on in half an hour.”

Kenna chiefs have yet to comment on the debacle but a source close to the league said: “This is yet another example of useless Kenna blazers losing the plot. Even the 50p game was so embarrassed it only made a brief appearance.”

The Jeff Kenna League > Between the Fadge